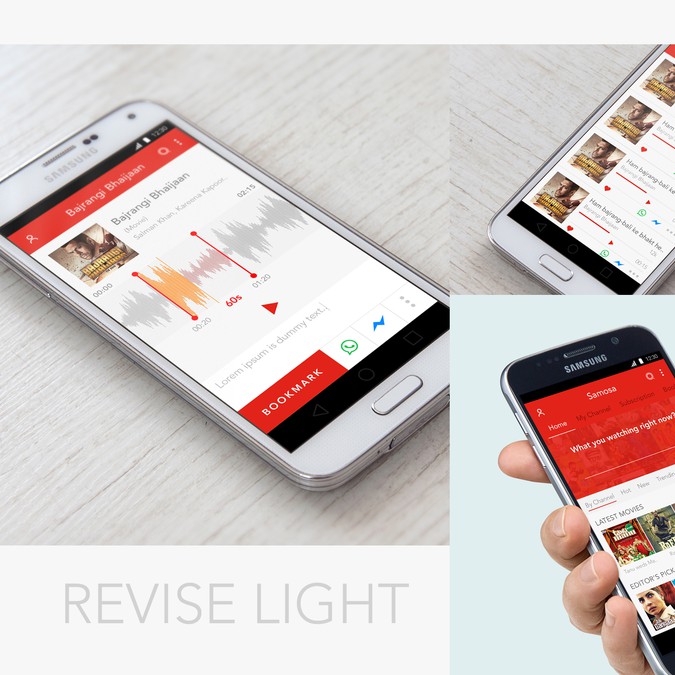 abhilashi needed a new app design and created a contest on 99designs.

A winner was selected from 77 designs submitted by 20 freelance designers. 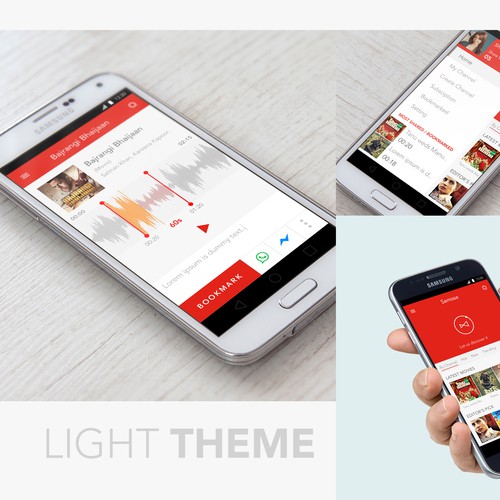 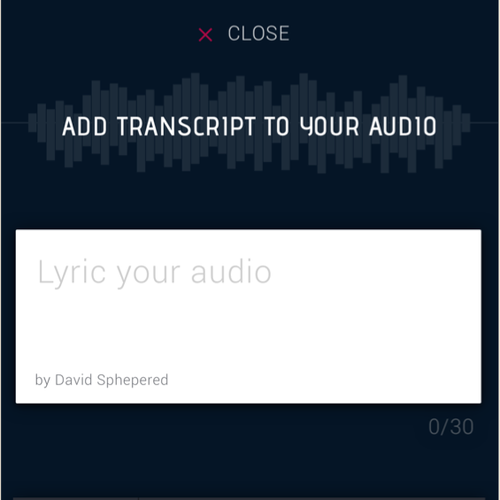 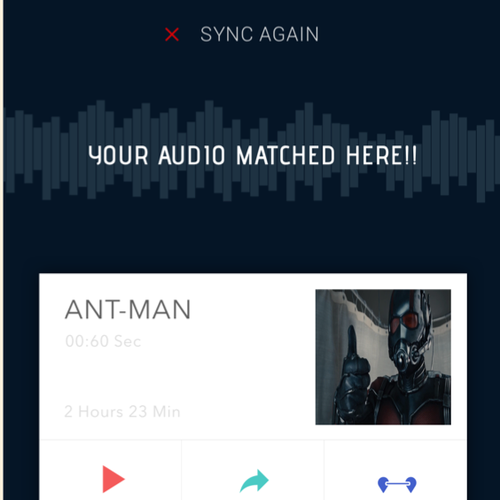 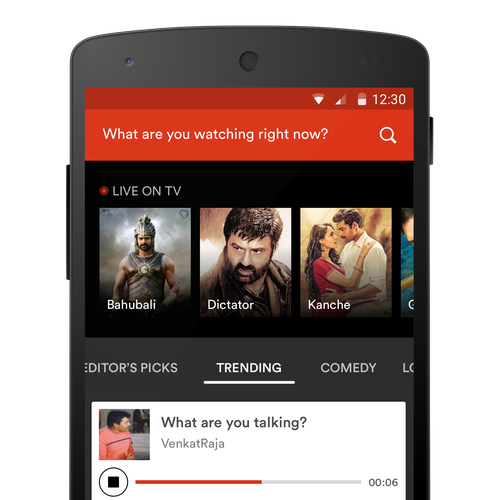 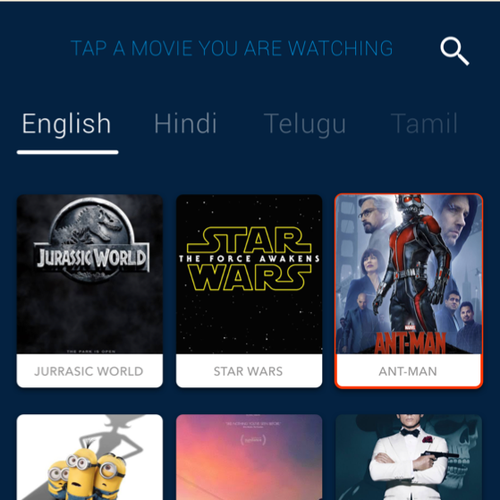 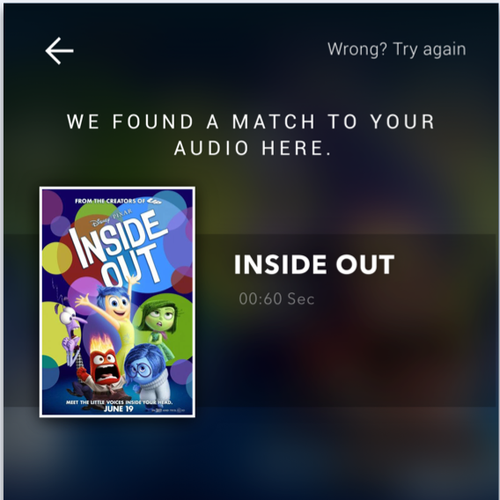 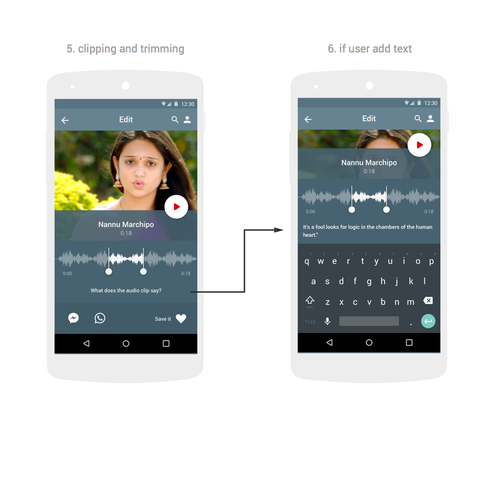 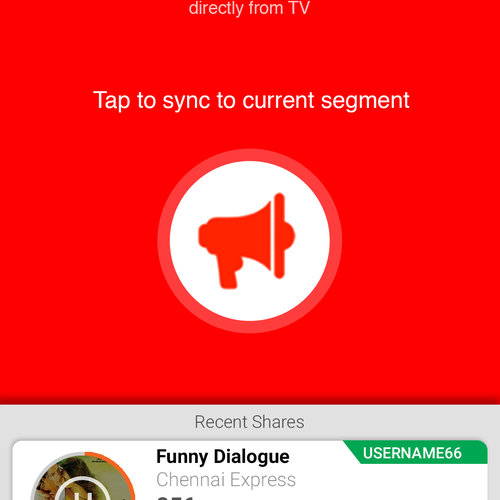 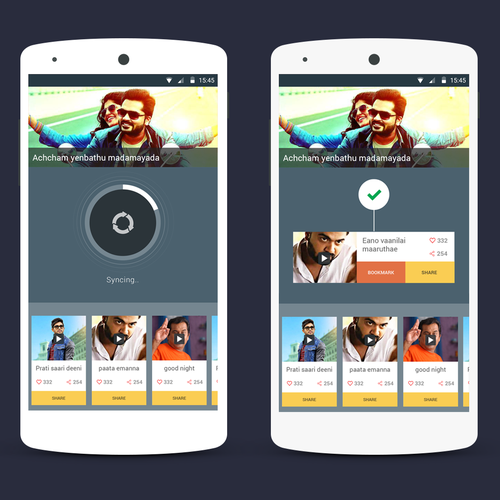 Finalist - Bharath Viswa™✓
Dev was a pleasure working with. Easily understood what changes to do and has a great attention to detail! Dev also goes above and beyond to make you satisfied. I will definitely work with Dev again, and I highly recommend you do too.
- FitStream

Imagine sitting in-front of Television watching a movie. And we just heard an awesome dialogue e.g romantic or sarcastic one-liner. We want to share it with friends/family. We just open the app to sync to the current segment by tapping on a button. This app magically pulls out the last one minute audio of that segment. As a user, I can bookmark the segment for later use. Or just share it right then.

We also allow users to share only a part of the last sixty seconds. Such trimming allows users to share the specific part they care about.
And all this happens magically in less than ten seconds (while watching the movie sitting on the couch)

What is the maximum duration of audio recorded on mobile? Ten seconds. We've a pretty accurate backend to work with this limit.

Do we stop the audio recording before 10 seconds? Yes. Sometimes we get a very high confidence match at just three seconds. In such a case we stop the recorder and show the result to the user.

Along with the sixty second audio, do we have any additional information relating to the segment? We've a poster corresponding to the segment of the clip. This is sent from the server once a match is found. Optionally, we also have transcript of the segment (this lets user glose through the segment without having to hear it).

Why are we fetching the audio from original source stored on servers (instead of letting users directly share the recording)?
Two reasons.
1) Users only realise that they want to share a particular audio after having heard it. Not before. So we fetch last sixty seconds audio to let them share any part of it.
2) Even in cases where user is aware of what's coming next, the audio recorded on mobile is of very poor quality. Because the recording doesn't happen in a silent noise-free zone. Also people tend to be far from the source of audio. For example, we tend to be at-least 4 feet away from Television while watching. All of these combined with environmental noise reduce the quality.

What do you have in mind for the style and theme of the app?

We already have Android and IOS apps.

Our app is pretty popular in South India. It is used by over million people. People recognise that it's our app just by looking at our red coloured logo. We're open to a brand new design as long as it's consistent with the logo we've.

Screen #1: What movie are you watching now?
Screen #2: Tap to sync to current segment
Screen #3: Bookmark, clip or share it

Additional notes:
On screen #1: User selects a movie in first step. If that movie is indexed in our database, we take the user to the next screen. If not, we ask him to 'subscribe' to the movie so that we send the user push notification when the movie gets indexed.

On screens #2 & #3: we additionally show the clips already bookmarked and shared by the community members. Please note that display of this data is optional as this data doesn't exist for all the movies. For example, the first user to bookmark a movie clip wouldn't see this data because there are no clips bookmarked before he did.

We saved a spot for your app design contest.

Get started now
Modernise an existing app
374 £
44
entries
14
designers
Create a visually-interesting feed for Candid
1.799 $
The app for sharing secrets
22
entries
11
Designer
App for playing relaxing nature oriented videos
$599
29
entries
20
designers
Mobile Application: Allow user to store & retreive data based on physical location.
A$1,715
Allow a user to store and retrieve data based on physical geo-location. See attached text document. Attached images are
33
entries
11
designers
Build the app screens for the future of smart-city interaction! **GREAT BRIEF**
$1,099
First of all, thank you for engaging in our contest! We dream of contributing to the future of how residents interact wi
74
entries
34
designers
Design 3 screens for the map-based recommendation iOS-app
US$ 1.799
PaperApp is a social app. It is a personal planner for you and your friends based on the realtime city map with the usef
67
entries
36
designers
Learn more about app design
See how it works