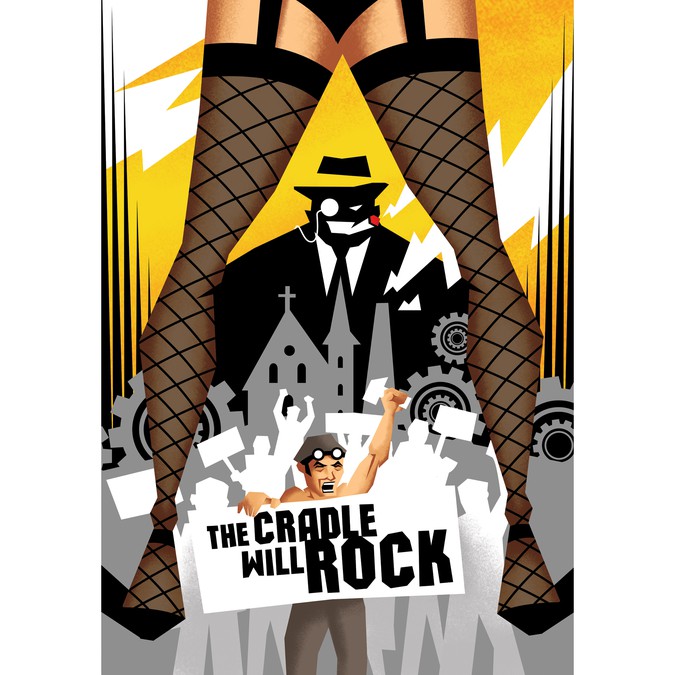 lawrenceedelson needed a new illustration or graphics design and created a contest on 99designs.

A winner was selected from 77 designs submitted by 16 freelance designers. 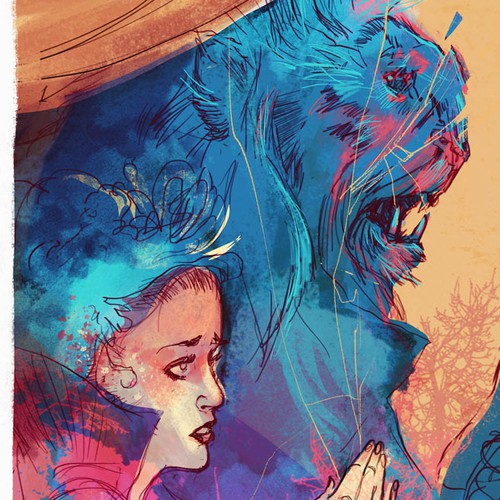 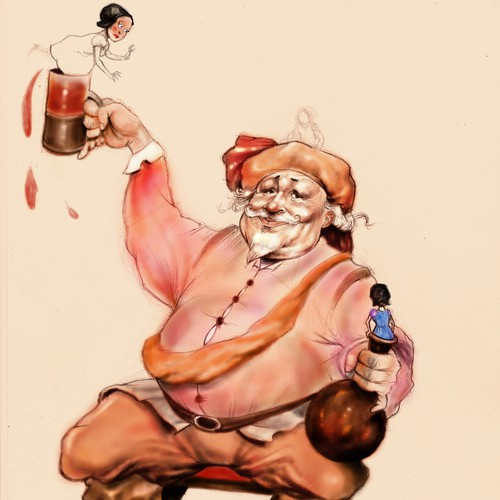 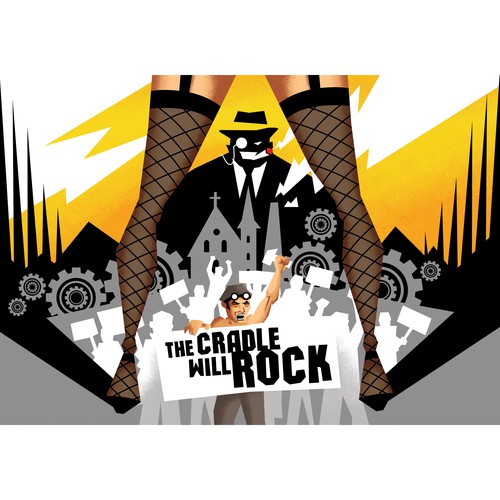 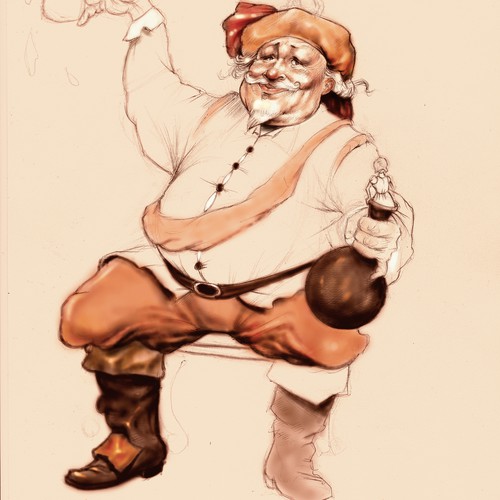 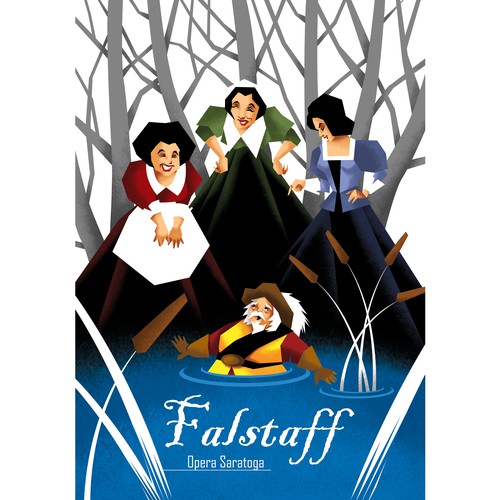 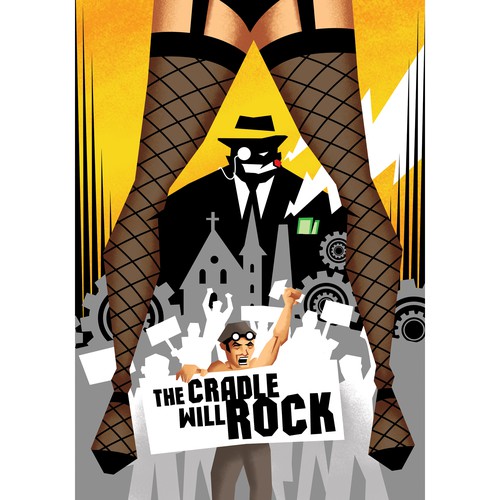 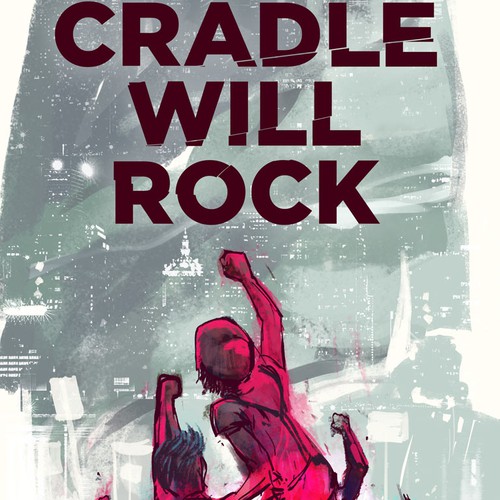 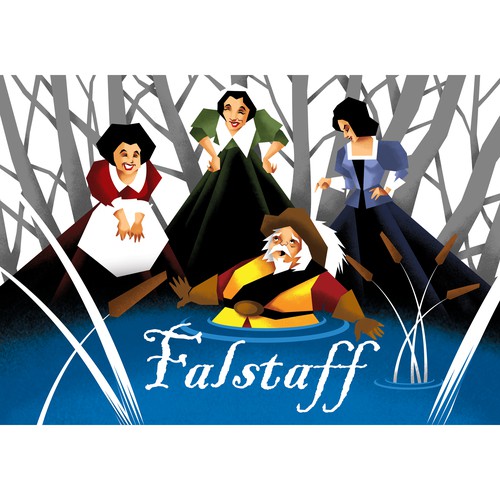 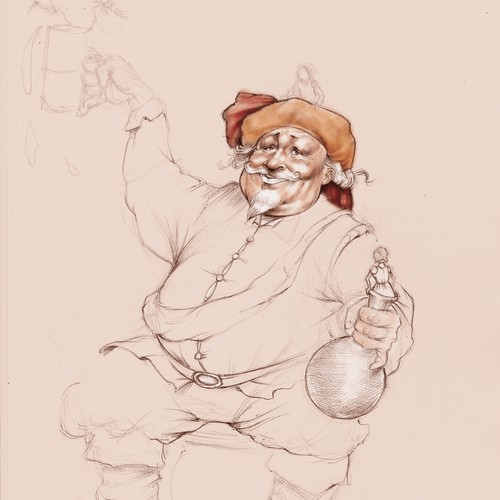 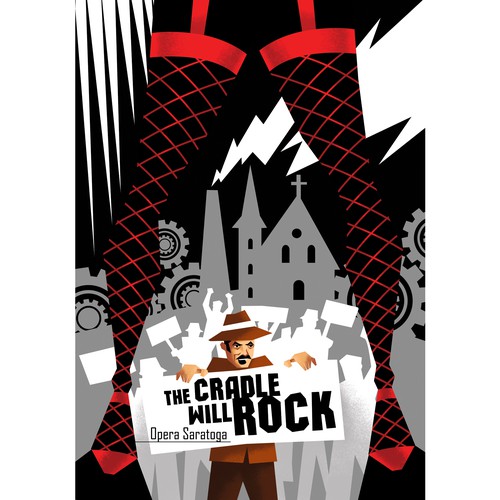 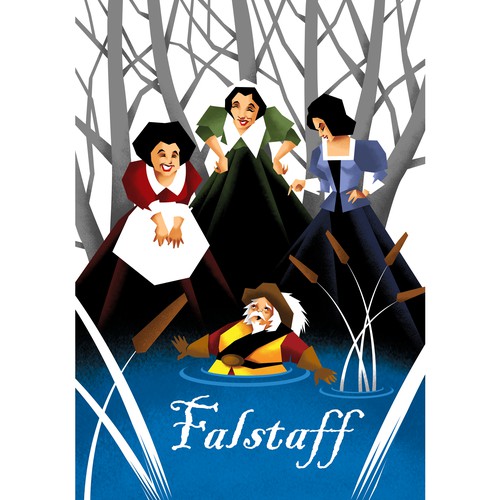 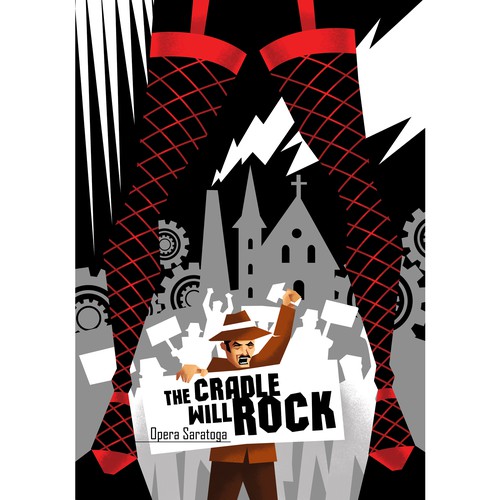 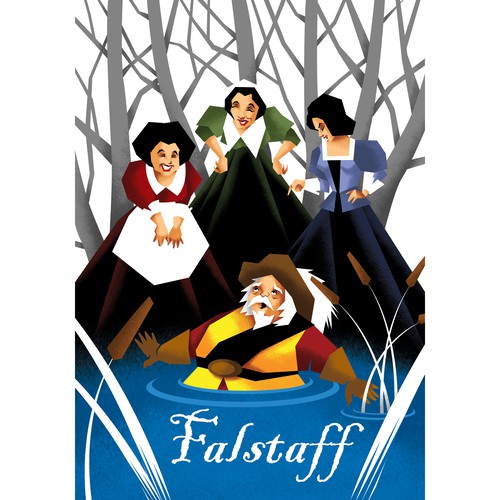 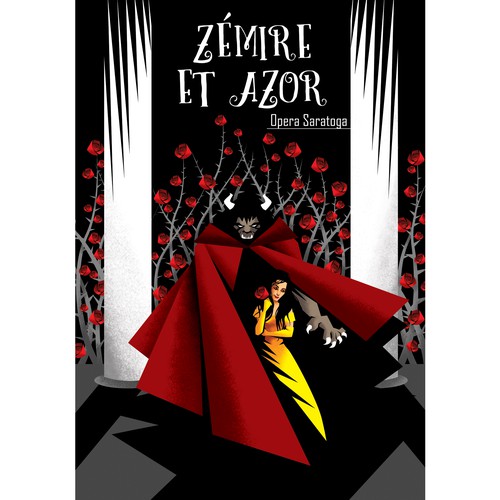 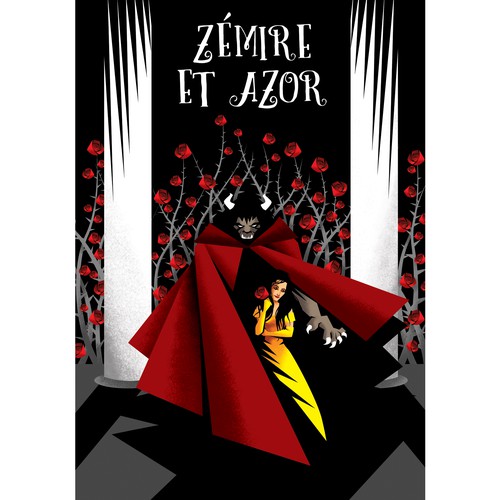 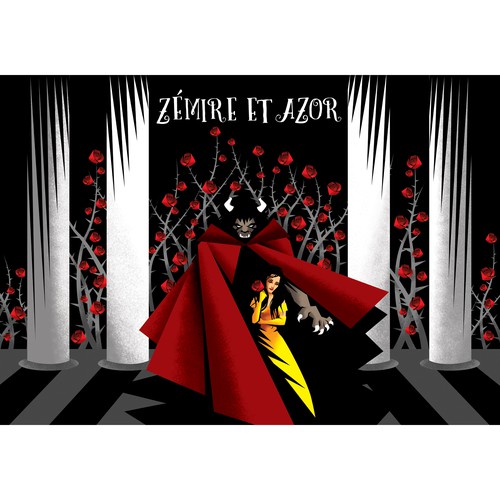 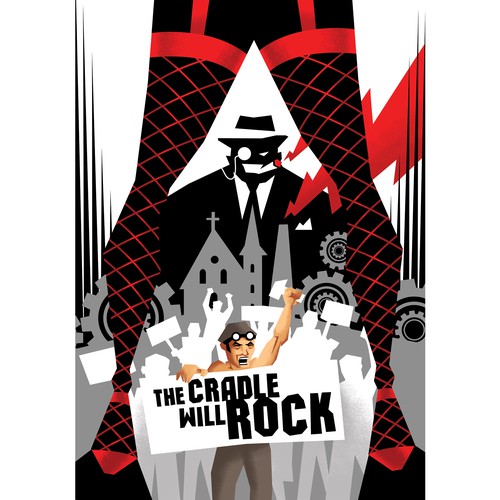 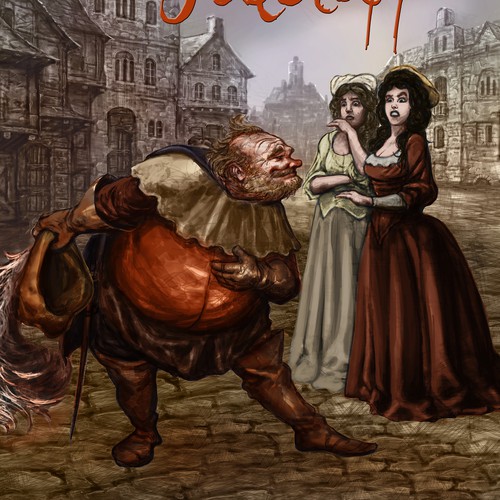 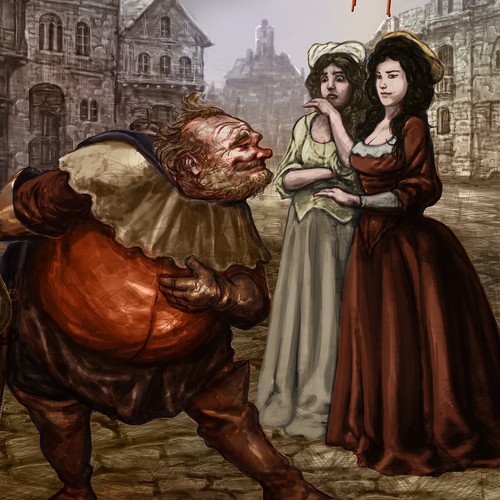 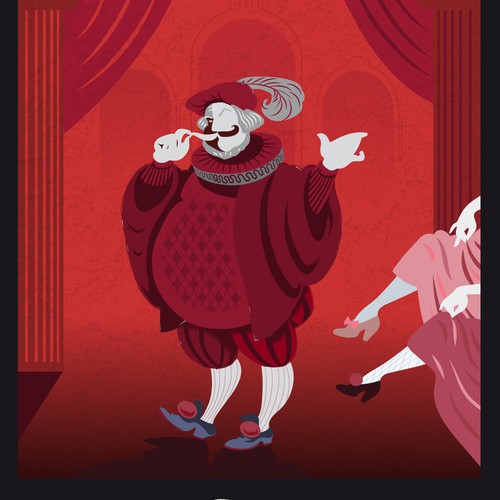 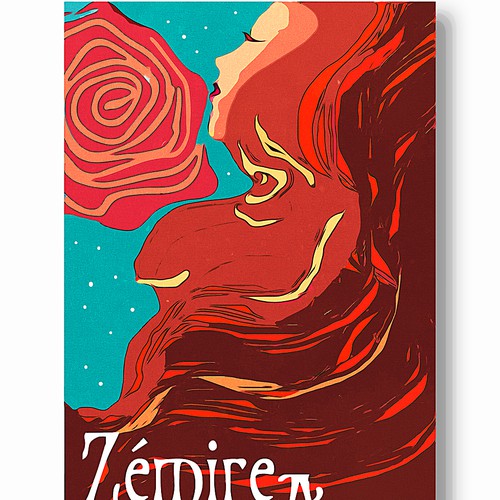 Winner - WolfBell
Used WolfBell for numerous projects over the past several months... always does a great job and is easy to work with!
- Anonymous

Finalist - ilustreishon
The illustration is gorgeous! Thank you for your excellent service! Helena
- sci.comm

How lawrenceedelson started their illustration or graphics journey

Opera Saratoga produces a summer opera festival in Saratoga Springs New, New York. The festival includes three opera productions that range from traditional classics to adventurous new works. In addition to the three operas, the company produces a series of concerts and educational events for patrons, who visit Opera Saratoga from around the country.

We are looking for three different images - one to represent each of the operas we are producing this summer. The goal is to have three images that are aesthetically similar in style, but that evoke the stories of each opera in an eye-catch and compelling manner.

The three operas we are producing are:

FALSTAFF: Falstaff is a comic opera by Verdi, adapted from Shakespeare's The Merry Wives of Windsor and scenes from Henry IV, parts 1 and 2. When Shakespeare’s portly knight of Windsor hatches a plot to improve his love life by courting two different married women, he launches a flood of comic chaos and romantic misadventure. A complete synopsis of the story can be found at this link: http://www.metopera.org/Discover/Sy…/Falstaff/ The production will be traditional (i.e. set in period) and very funny. We want the image to evoke the fact that this is a comedy, and the image should also play into the story that Falstaff lusts after many different women (albeit, unsuccessfully in the opera!).

ZÉMIRE ET AZOR: The second opera is a French telling of the Beauty and the Beast fairy tale by Grétry. This is an opera we are producing for family audience, and we want to evoke the sense of fantasy and fairy-tale in the image. The synopsis of the story is quite simple: Having been shipwrecked in a storm, the merchant Sander and his servant Ali find their way to a strange palace. A banquet has been laid, though there is no sign of the owner, and the two help themselves to the feast. When Sander plucks a rose from the palace garden to give to his daughter Zémire, the beast-like Azor appears. He is the owner of the palace and says Sander must pay with his life for stealing the rose, unless he can persuade one of his daughters to take his place. When she hears what has happened, Zémire agrees to sacrifice her life for her father and Ali leads her to the palace, where she almost faints at the fearsome sight of Azor. However, Azor proves to be a kind host, showing Zémire her family in a magic mirror and even allowing her to visit home again so long as she promises to return. After a stay with her family, Zémire decides to return to Azor and finds him in despair because he believes she has abandoned him. She protests that she cares about him and the magic spell on Azor is lifted now he has found love. He changes from a beast to a handsome prince and claims his kingdom with Zémire at his side.

THE CRADLE WILL ROCK: The third production is the infamous musical that premiered in 1937 by Marc Blitzstein. The piece was inspired by a conversation between Blitzstein and Bertolt Brecht after Brecht heard a short scena that Blitzstein had written on the theme of prostitution. After hearing it, Brecht said, "Why don't you expand this? In our society, prostitution can involve many more things than just our lily white bodies. There is prostitution for gain in so many walks of life: the artist, the preacher, the doctor, the layer, the newspaper editor... Why don't you pit them against this scene of literal selling of the flesh?" The Cradle Will Rock developed into one of the most important pieces of music theater of the 20th century. Set in "Steeltown, USA", it follows the efforts of Larry Foreman to unionize the town's workers and combat wicked, greedy businessman Mr. Mister, who controls the town's factory, press, church and social organization. Both an attack on the abuse of political power by the wealthy and a paean to labor and poor people struggling to get by, “Cradle” is as timely now as it was when it premiered in 1937.

Please do not hesitate to contact me if you would like further information about the three operas. The most important thing about the image for each opera is that it emotionally evokes the sense of each story. The final version of images should usable in horizontal or vertical applications (ie. different use in posters, brochures etc.)

We saved a spot for your illustration or graphics contest.

Get started now
Illustration - Lifestyle of 5 women enjoying their lives
899 $
Fyone is a singer, performer, and influencer. She is trying to promote her unique lifestyle to her fans and followers th
92
entries
22
Designer
'West Side X West Side' Mixtape Album Art- West Side Story vs West Coast Rap
349 USD
Hybrid music that bridges the gap between classical and popular
38
entries
16
designer
Design For Debute Single by Roy Edri "THIS HEART" single Release
349 $US
artist is a Hip Hop / Pop R&B With a Rugged unifying message targeting 16 to 45
116
entries
37
designer graphistes
ALBUM COVER - Ambient/Meditation Music
US$ 364
this is a hybrid meditation/ambient album where each composition paints a vibrational movie with music - please listen t
78
entries
30
designers
Crazy scientist's vector illustration
US$ 349
18-35
33
entries
16
designers
Guide Cover for the 2019 Hollywood Fringe Festival
$899
We are the largest performing arts (theatre/dance/cabaret/etc) festival in the Western US. To date, we have presented ov
56
entries
19
designers
Learn more about illustration or graphics design
See how it works