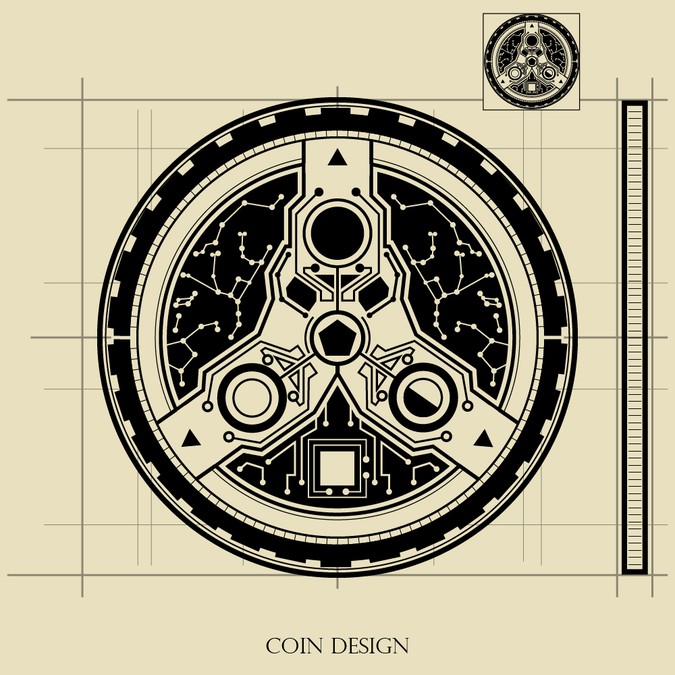 Design a coin for a science fiction fantasy world

Chadqueen needed a new illustration or graphics design and created a contest on 99designs.

A winner was selected from 71 designs submitted by 31 freelance designers. 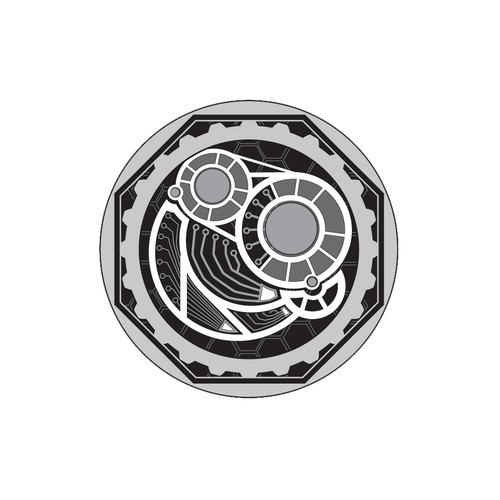 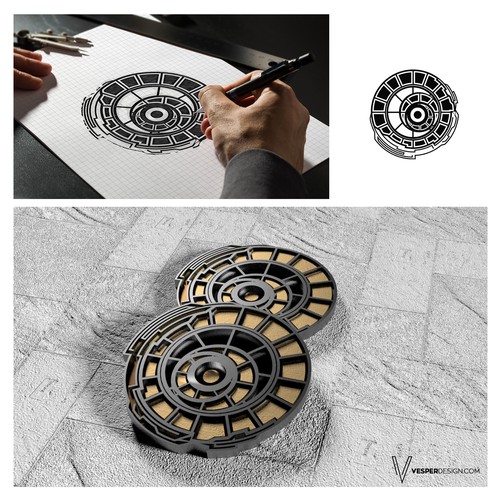 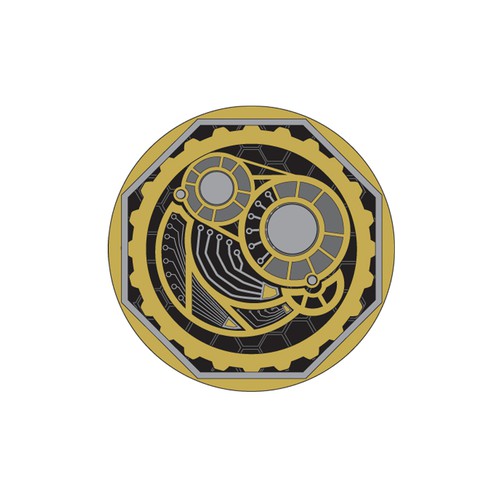 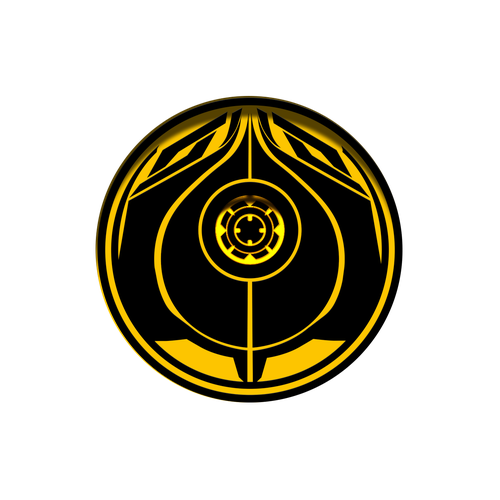 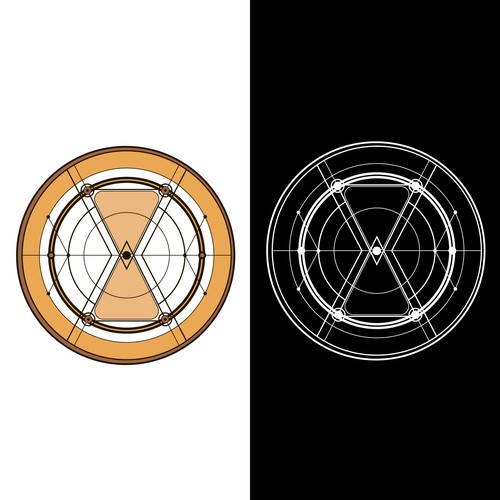 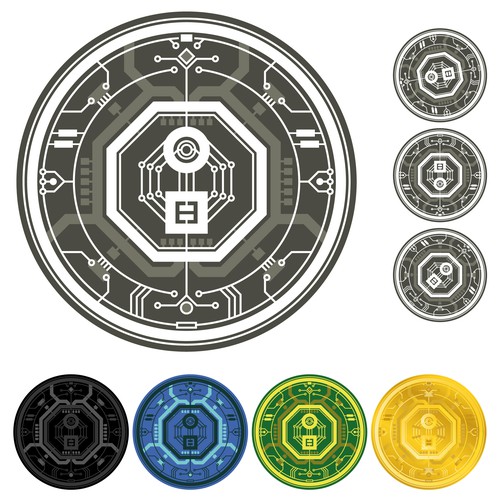 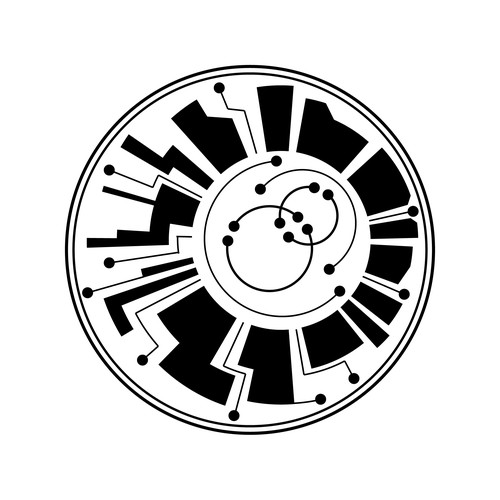 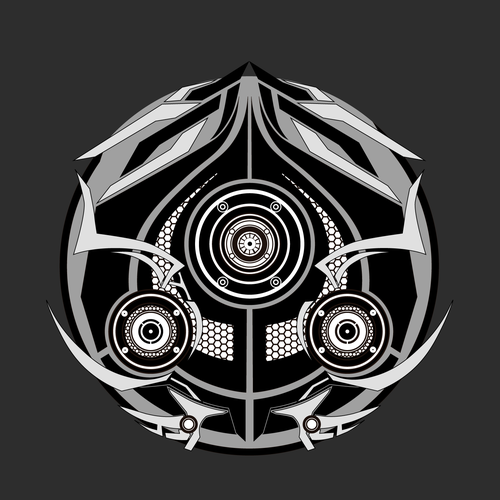 Winner - imkakoy
Very good communication and exactly the end-result I was looking for.
- Diederik86

Finalist - Vesper°
Very cooperative, talented and individual style of drawing, easy flow of work and delivery, defiantly considering working with you for the next project.
- Anonymous

How Chadqueen started their illustration or graphics journey

I would like a design for a coin in a fantasy world. In this world, an advanced ancient race which has since abandoned the world created these coins, though its purpose is unknown by the settlers that eventually discover them. The coins, referred to as "chipcoins" by explorers that find the island, are adopted as a viable currency.

The coins are actually electromechanical in nature, and the geometrical design on their surface hints that it is a circuit of sorts.

In this world, there are three planes of existence. One is the physical realm, another is an ethereal realm that overlaps with the physical one. The final plane transcends and encompasses both completely. It would be great if the design of the coin could hint at this relationship (perhaps two overlapping shapes encompassed by a larger shape?).

I would prefer this design to be 'clean', utilizing vector art with no shading. I would like there to be some detail, but nothing too small or superfluous. Ideally, if I took this to a coin maker, I should be able to stamp it onto a coin.

I have created a Pinterest board with some potential inspiration for the design.

Thank you! Feel free to reach out to me with any questions or more details about the story, if that will help you.

Create an Artistic Scratch-Off World Map Illustration! Show Your Travel Adventures!
$549
We are manufacturing different fun products that are mostly gift-oriented. For kids and adults. We produce only high ...
8
entries
4
designers
Singer-Songwriter Needs a Clean Vintage Album Cover
US$ 349
I am a solo singer/songwriter guitarist. I play shows in the Midwest at clubs, bars, and coffeeshops. Target audience is
46
entries
16
designers
Twisted Disney Concept EP
349 USD
Collaboration for school. We are paired with another student and expected to put together a concept EP for our final ...
30
entries
17
designer
A creature design of “The Neox” for a novel's promotion and illustration.
349 US$
Fantasy Adventure Tales
147
entries
57
designers
Indie R&B Artist Needs Album Cover
$349
I am an R&B Indie musician and I sing feel-good, love songs that appeals to women of all generations.
61
entries
30
designers
Blues is life Itself, your illustration will help us to promote the Blues world-wide
$899
Promoting Blues Genre world-wide via 24/7 Internet Blues Station and Weekly Blues Shows.
46
entries
16
designers

We saved a spot for your illustration or graphics contest.

Get started now
Design a Hip Hop Album!
US$ 549
"Late Bloomer" is a hip hop album.
206
entries
52
designers
Create a Futuristic, Edgy and High Tech Podcast Cover for new podcast with Richard A Clarke
899 USD
We produce podcasts for companies like Porsche & Forbes and individuals such as NYT bestseller Richard A Clarke and tech
98
entries
16
designer
Design an eye-catching album cover for The Restless's new album "The Revolution is Love"!
349 US$
The Restless are a band from Virginia in the United States. Our musical style is a mix of pop, rock, and dance. We pro
162
entries
38
designers
Family friendly robot and unicorn illustration
GBP 1,099
family friendly. for kids for big kids
86
entries
33
diseñadores
Album Artwork For Hip Hop Song, Gotta Go featuring Skrilla by Famously Hot
$349
Music production duo. Specializing in Electronic and Pop music. This song targets major top 40 pop/hiphop listeners.
172
entries
64
designers
Guide Cover for the 2019 Hollywood Fringe Festival
$ 899
We are the largest performing arts (theatre/dance/cabaret/etc) festival in the Western US. To date, we have presented ov
56
entries
19
Designer
Learn more about illustration or graphics design
See how it works