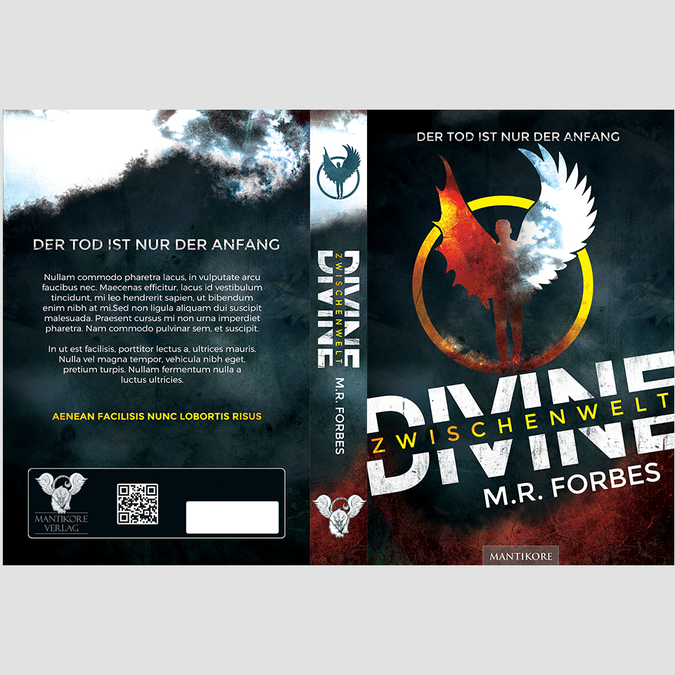 DIVINE - we need your skills and imagination. Create a book cover for a horror/urban-fantasy novel.

-Manticor- needed a new book or magazine cover design and created a contest on 99designs.

A winner was selected from 64 designs submitted by 19 freelance designers. 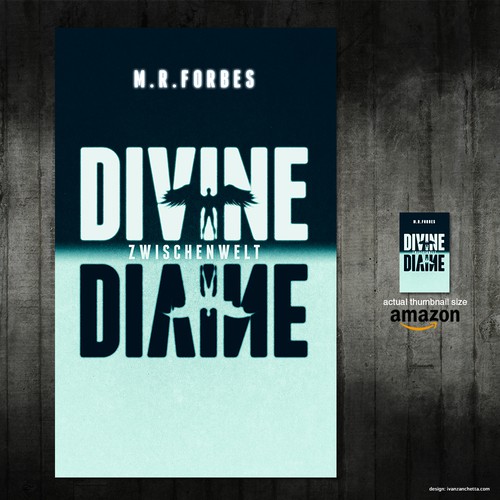 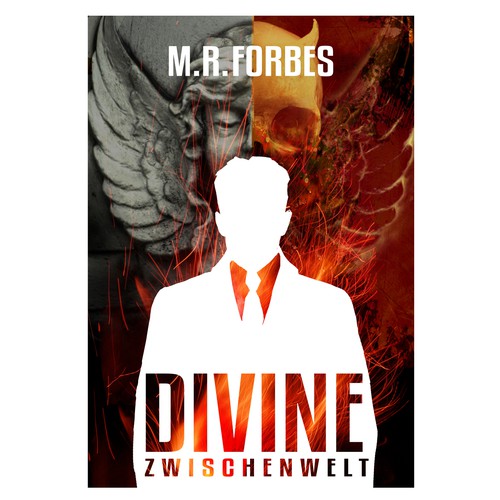 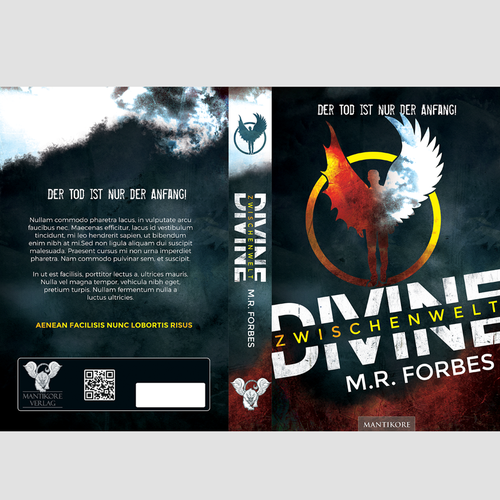 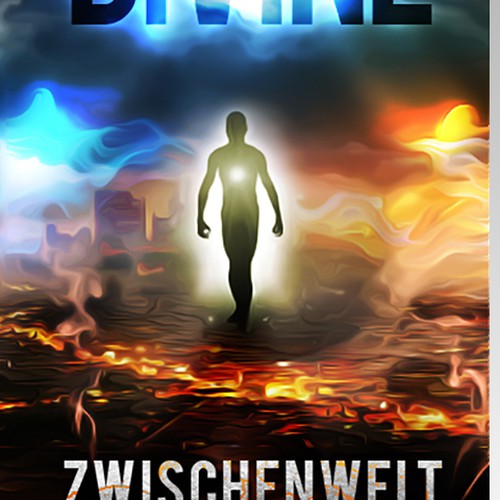 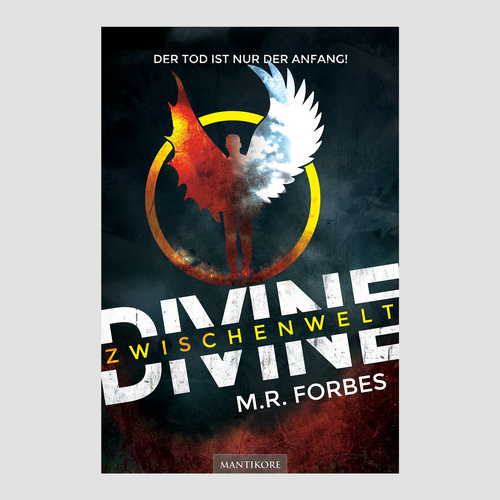 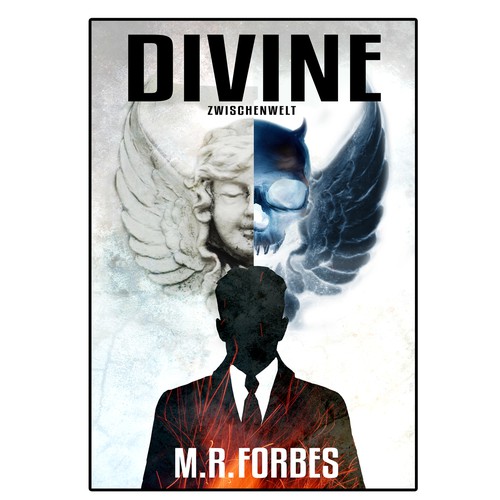 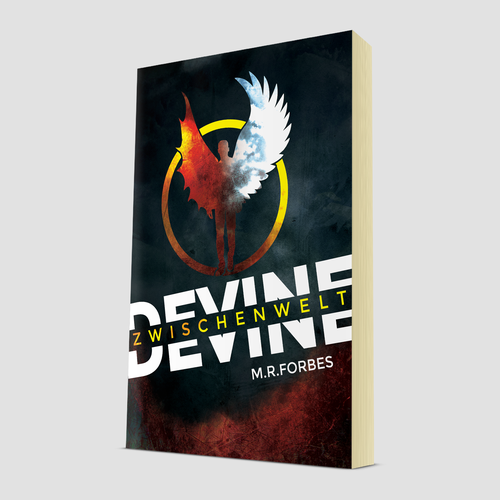 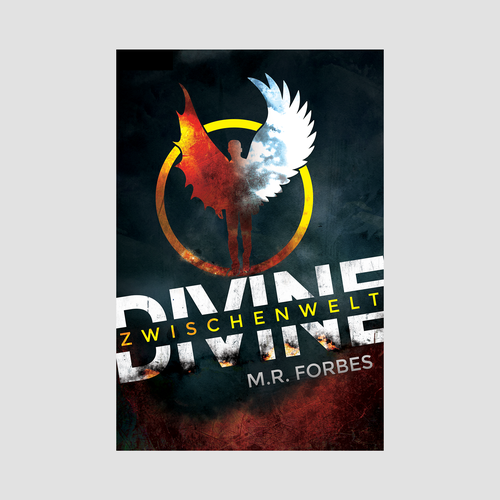 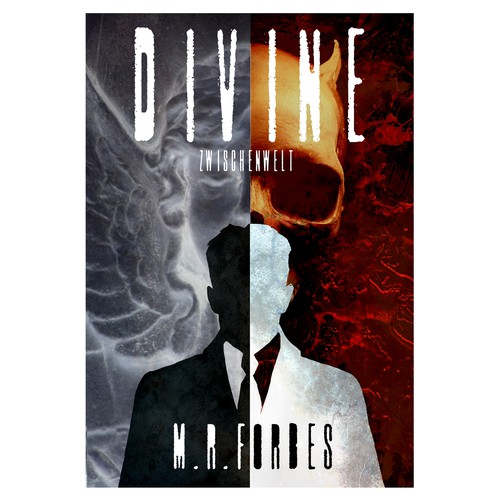 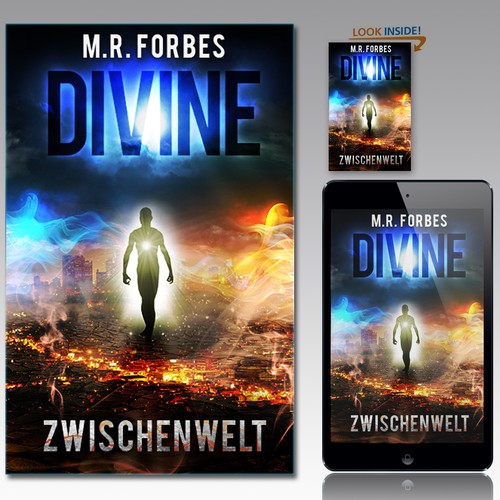 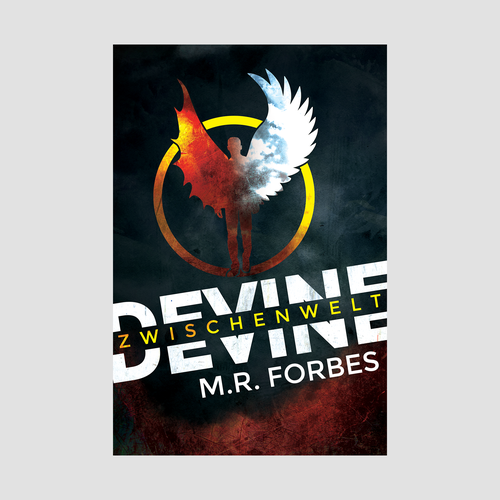 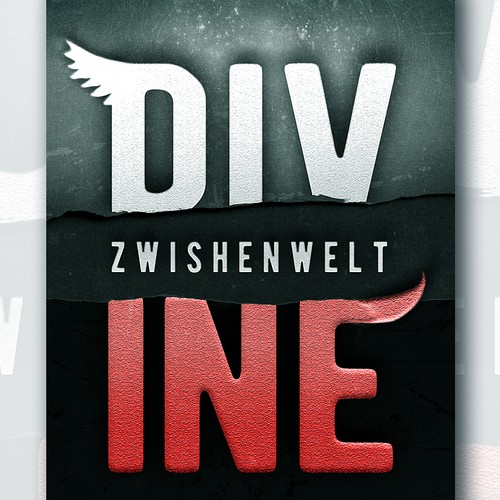 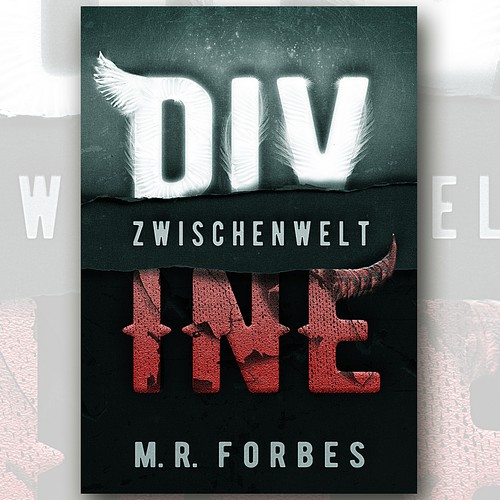 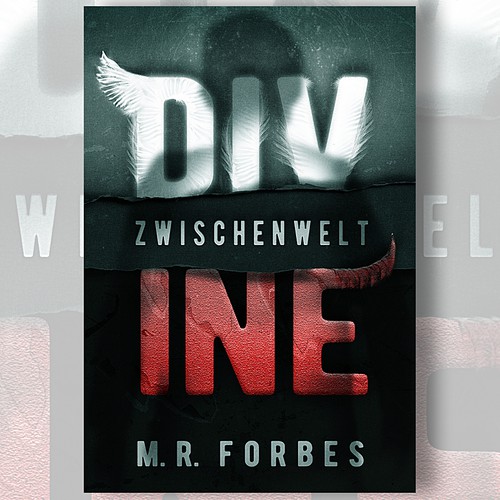 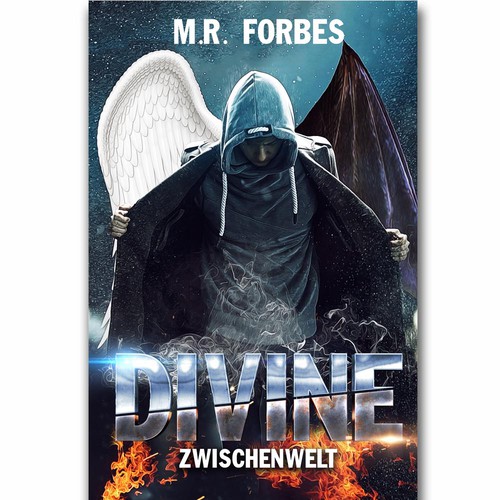 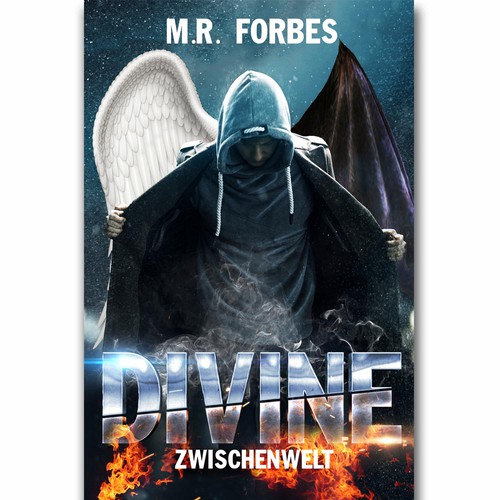 Winner - Kalavrios
Our experience with Kosta was excellent! He understood our requirements from the beginning and worked with us to get the book cover exactly how we imagine it. His work is stylish and thoughtful, he paid attention to the details so we came back to him for our second project. With Kosta your design will be powerful and elegant!
- vzamfirov

Publisher of fantasy, horror and science-fiction literature as well as game books and role-playing games.

Create a book cover for a supernatural horror novel.

DIVINE is the series title of a supernatural fantasy novel series (6 books) by M.R. FORBES.

In the center of the story is Landon, a young man, who died, but was send back to earth. He was told that he is a special being (he is a mixture of human, demon and angel) and was sent back to the mortal world to help the human race to survive. The story is about war between heaven and hell, good and evil forces, angels and demons on earth.

It is an urban supernatural horror story (with plenty of irony). The target group is young adults and the author has a witty, humorous narrative style.

For the cover we have some ideas, but please feel free to work out your own vision.

We would like to see a striking, gloomy cover with highly contrasting colours.

Between the divided letters we would like to have the subtitle (“ZWISCHENWELT” = German for “twilight”, “intermediate world”, etc.).

One of our ideas is to split the word “DIVINE” in an upper and a lower half and set the subtitle “ZWISCHENWELT” in the gap.

Idea 2)
Like on the attached pictures a modern cover with graphic elements that represent the two sides of the main character and the fight between heaven and hell, with a young man’s shadow or outline in the background of the cover.

Idea 3)
Character in the center (one half is angel, the other half is demon).

Idea 4)
Shadow /outline of a male character in the front, angels and demons in the background.

Please keep in mind, that there will be 6 books of the DEVINE series, so the cover should be easy to adjust. The designer, who wins this contest will be invited to 1-to-1 projects for the next 5 books.

The designer who wins this competition will be invited to a 1 to 1 project for the 5 following covers.

YA Superhero Book Cover
299 US$
My book is a YA superhero novel about what happen when it's the popular good looking teenager who gets super powers a...
13
entries
4
diseñadores
Lake of the Falls Book Cover
US$299
Driftless House Publishing in an independent publisher of fiction books....
86
entries
39
diseñadores
Book Cover Design: "Novel Explosives" innovative fiction
US$1,199
67
entries
13
designers
Eye-catching and original cover for Thriller book. (Looking for a long term designer)
2.999 NOK
We sell Thriller books (ebook and printed)...
92
entries
20
designers
Create a Book Cover for Young Adult Science Fiction Novel
299 US$
I need a cover for Evolve, a young adult science fiction novel.
43
entries
12
designers
Create a kick butt Urban Fantasy cover inspired by the TV show Supernatural
299 $US
Indie author of paranormal fiction. Target audience is largely woman between the ages of 18-45, fans of genre fiction...
46
entries
11
designer graphistes

Get started now
Create a sleek, exciting cover for the spy novel Tokyo Black
US$299
I write fast paced spy novels that focus on adventure, troubled characters, and exotic locations....
54
entries
14
designers
Create an eBook cover for 'The Outsider Tales'
A$339
I write books! The target audience is readers of speculative fiction. Book readers in general....
66
entries
17
designers
WANTED: Kick-Ass Book Cover for a Futuristic Crime Novel
US$299
My name is Tarah Benner. I'm an independent science-fiction author who's pivoting to the futuristic crime genre.
56
entries
7
designers
Create magnetic ancient Egypt Anubis Book Cover + Company Logo
€459
We are a start-up publishing house - www.murannah.house with focus on spiritual novels, poetry, ancient Egypt, shaman...
47
entries
15
designers
Create hot cover for Sara Forbes' latest romantic billionaire series!
US$299
I'm a romance author writing a series (3-6 books) in romantic comedy/ new adult genre. My target audience is readers ...
130
entries
34
designers
Memoir: "Yes, and..." In life you must accept, agree, and respond. A True Story.
US$299
I've written a memoir. It's an inside look during a time of losing my wife, with a responsibility of moving forward f...
188
entries
32
designers
Learn more about book or magazine cover design
See how it works