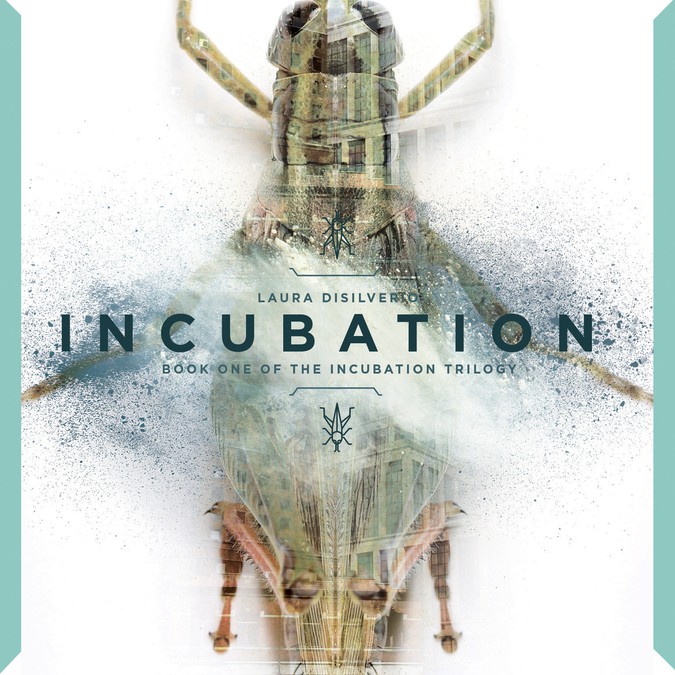 Speakeasy Ideas needed a new book or magazine cover design and created a contest on 99designs.

A winner was selected from 79 designs submitted by 26 freelance designers. 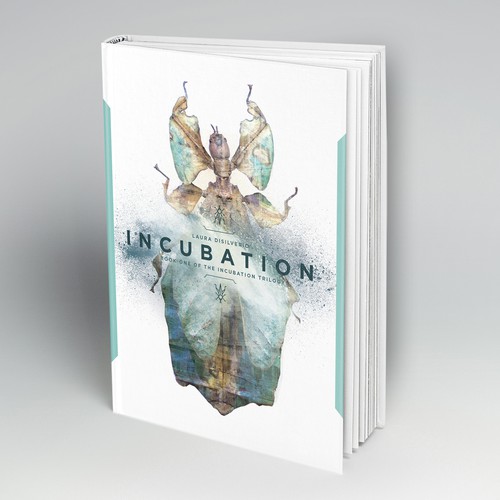 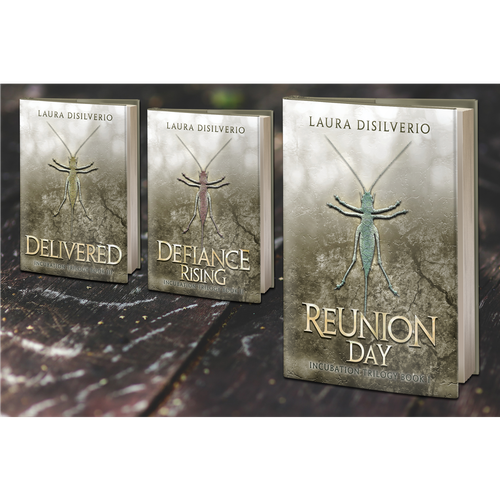 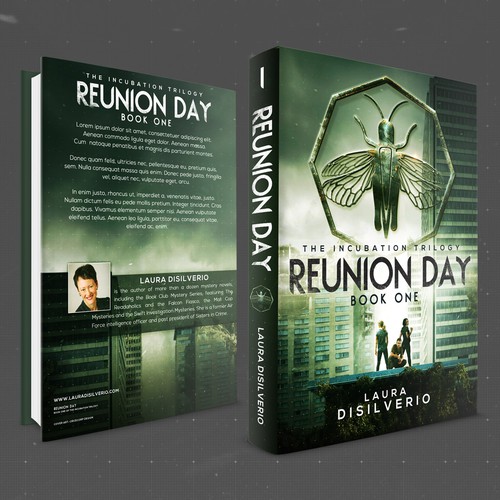 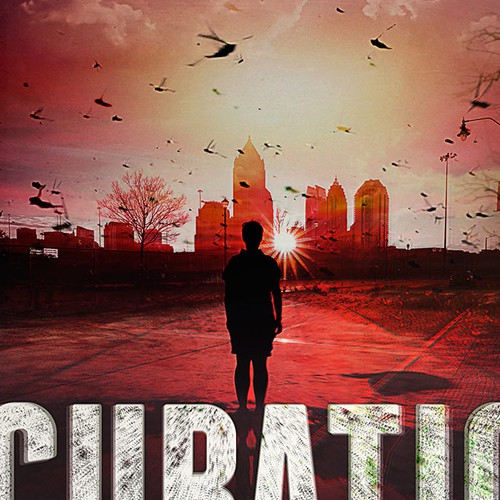 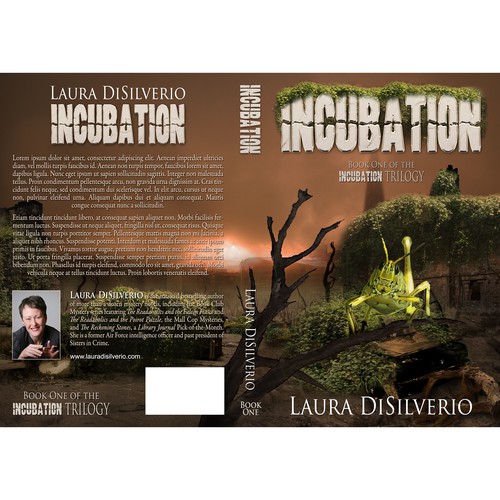 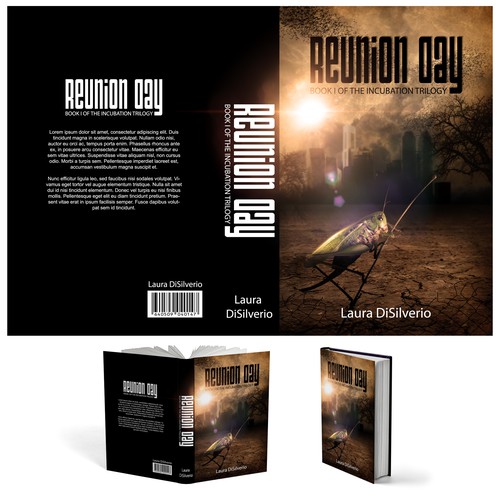 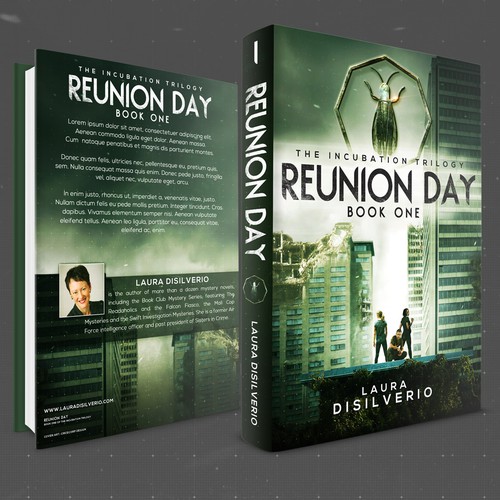 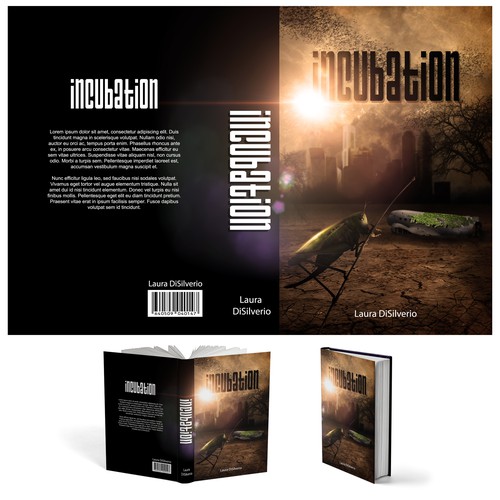 Finalist - rabBIT◽
Thank you so much!! Would love to work with you again in the future!!
- Dante 6

Finalist - IsaDesignNet
Another outstanding job. Thank you! It is always a pleasure to work with IsaDesignNet.
- dona7mj

Laura DiSilverio is a bestselling author of 15 mystery and suspense novels.

INCUBATION is the first book of a teen and young adult dystopian trilogy.
It features three teen protagonists, two girls (one of whom is pregnant) and a boy, who run away from the government-run facility they were raised in and face myriad dangers on their way to "safety" in the capital city of Atlanta. The strongest images in the book are locusts (which have decimated the country), and kudzu which is chartreuse and is the only plant that has adapted so the locusts won't eat it. The rest of the countryside is shades of brown/tan, with no foliage. The Florida/Georgia landscape is filled with dead trees and crumbled buildings, collapsed highways, rusted vehicles, etc. covered with kudzu. The book is action & adventure with a slightly ominous tone of worse to come in books 2 & 3.

Think Hunger Games only not nearly so violent.

As a graphic element, I'm thinking a single locust/grasshopper or swarm should be the focus. The insect should be pale green or brown on the first book, red on the second, and gold (perhaps flying away) on the third.

It would be useful to have an element/symbol/figure (the locust or something else) that could be changed just a bit but carried over from the first book cover to the next two so they would clearly be connected.

Need both print and ebook covers.

This is the first volume in a trilogy. All will be published within the next six months. The designer selected for this first book can expect to be asked to design the two remaining covers.

Design book cover for women's fiction novel "LIFE IN SPADES"
US$299
Novel to be released this summer by new, independently published author, Frances Frost
116
entries
23
designers
ASD Publishing seeks BOOK COVER design for YA NOVEL
US$299
YA Novel blending romance & suspense - for teen girls & boys
115
entries
35
designers
Create the next book or magazine cover for Robert Reynolds
499 $US
Author
82
entries
18
designer graphistes
The Red Ribbon Rebellion - a YA epic adventure - needs a new book
US$ 299
This is a young-adult action/adventure serial and the design used for web-promotion and for the actual cover
59
entries
20
designers
Design a scifi novel cover with elements of Arthurian legend
799 $US
The novel (and subsequent trilogy) is science fiction set in the modern day with elements of the thriller genre and myth
142
entries
31
designer graphistes
Sexy book cover for A Call to Heaven, by Jo Kessel
209 £
A Call to Heaven is a novel. It's commercial women's fiction with a paranormal twist....
102
entries
15
designer

Get started now
Looking for a real Show Stopper for my Burlesque ebook series
US$ 350
Erotic Romance ebooks...
119
entries
24
designers
Create a book cover for The Happiness Book: A Positive Guide To Happiness!
$ 299
The Happiness Book: A Positive Guide To Happiness! is a self-help book that teaches people how to be happier....
101
entries
19
Designer
Design a minimal, mysterious book cover for a philosophical/mystical novel
$ 299
Book publishing...
81
entries
15
Designer
In the Twisted Web
$694
I am an author of commercial fiction, most notably romantic thrillers with a strong female lead....
168
entries
50
designers
Book cover needed for humorous pregnancy book.
AU$ 399
My mother (Vicki Bryce) and I have written a book. Title: Hatch and Dispatch Subtitle: Tales and advice from a mid...
113
entries
31
Designer
Supernatural Thriller Book Cover
USD 299
Write Paranormal & Supernatural Romance Novels for readers of the genres or sub-genres....
37
entries
10
designers
Learn more about book or magazine cover design
See how it works