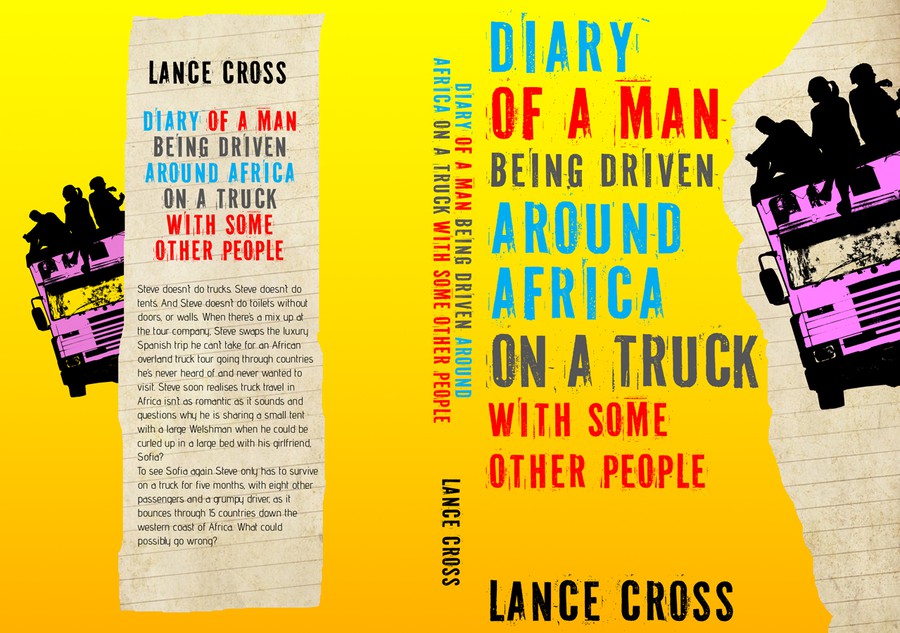 Create a cover for a humorous novel

lancecross needed a new book or magazine cover design and created a contest on 99designs.

A winner was selected from 69 designs submitted by 20 freelance designers. 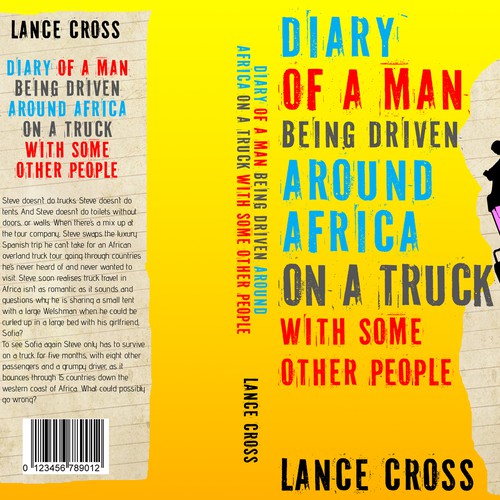 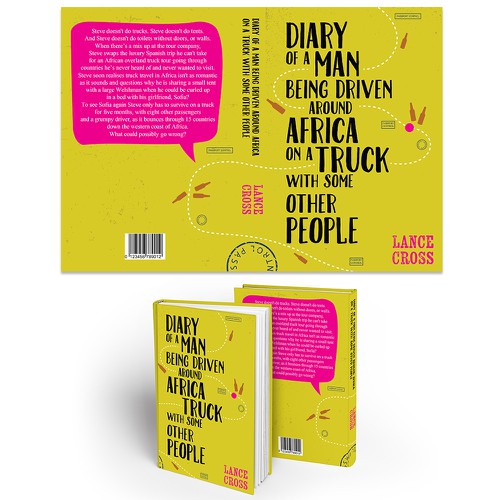 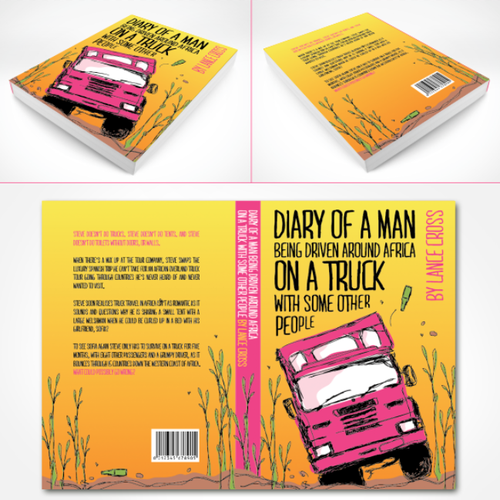 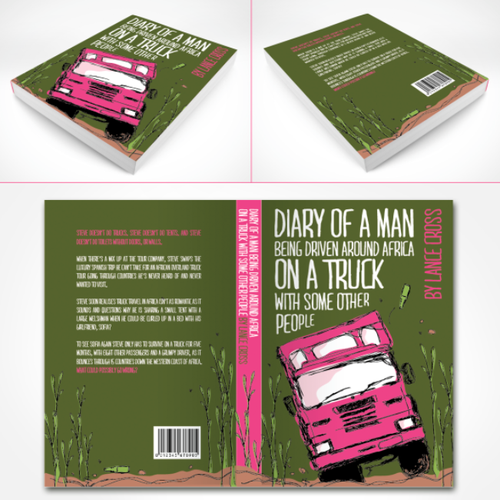 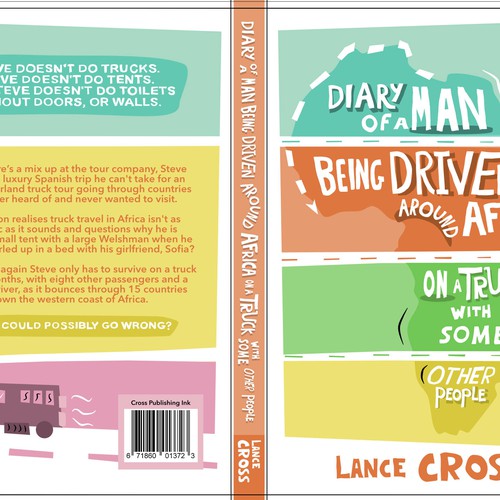 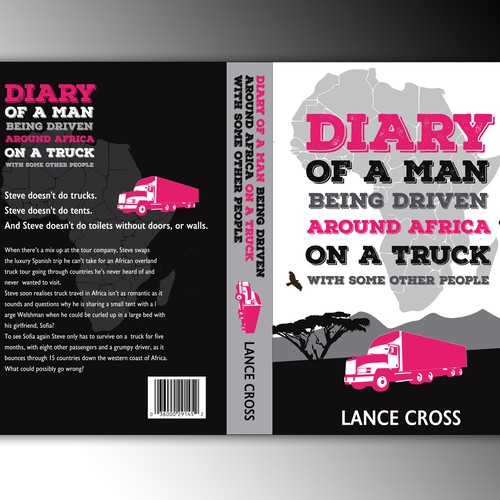 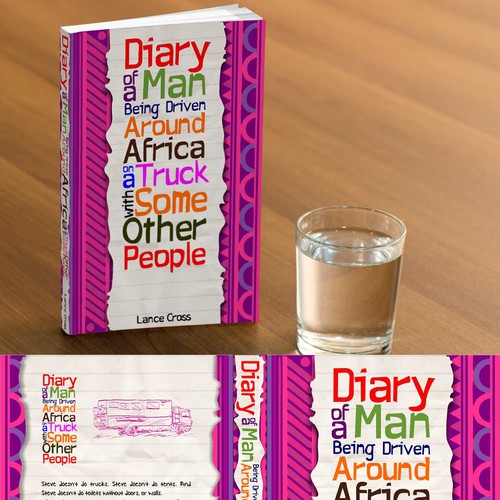 Winner - kostis Pavlou
kostis is an absolute designing GENIUS! I had originally lost hope when I launched my contest as the designs being submitted were mediocre at best, however, that all changed when kostis appeared like a designer saviour and helped restore my faith in 99 Designs. Thank you so much kostis for your exceptional design and for being so kind and professional towards a novice at this whole experience.
- michaelgrahamlee

Target audience is anyone who likes an amusing read. (18+ though due to profanity.)

You are designing a book cover which will (a) look fantastic at full size, but also (b) be strong when seen in thumbnail view.

You will design a cover suitable for a paperback (Createspace) book of 6"x9" format, but also for an ebook (format consistent with Amazon and Smashwords guidelines.) The paperback book will be approximately 297 pages long.

(Front cover) The book title is:
Diary of a Man Being Driven Around Africa on a Truck with Some Other People
The author's name is:
Lance Cross
(Spine) Title and author as above
(Rear cover blurb):
Steve doesn't do trucks. Steve doesn't do tents. And Steve doesn't do toilets without doors, or walls.
When there’s a mix up at the tour company, Steve swaps the luxury Spanish trip he can't take for an African overland truck tour going through countries he’s never heard of and never wanted to visit.
Steve soon realises truck travel in Africa isn't as romantic as it sounds and questions why he is sharing a small tent with a large Welshman when he could be curled up in a bed with his girlfriend, Sofia?
To see Sofia again Steve only has to survive on a truck for five months, with eight other passengers and a grumpy driver, as it bounces through fifteen countries down the western coast of Africa.
What could possibly go wrong?

It is the story (told in diary form) of a man on a five-month overland trip down the west coast of Africa. He passes through Morocco, Mauritania, Mail, Burkina Faso, Ghana, Togo, Benin, Nigeria, Cameroon, Gabon, Congo, The Democratic Republic of Congo, Angola, Namibia and South Africa while he copes with his fellow travellers and deals with the girlfriend he left behind. Ultimately, it’s a story about relationships and love. Although it’s told from a man’s point of view, so there’s not much of the love. It is intended to be humorous.
Please note that this is not a travelogue. People aren't supposed to get any idea of where to go to on holiday in Africa by reading this so the cover can't be too serious. Having said that, there is a bit of swearing in it so the cover also can't be too cartoony as he's not intended for children.

During the journey there was a lot of beer drunk, a lot of embassies visited for visas, a lot of rain, sun, mosquitoes, dirt, sand and mud. You don't have to use any of these for the cover but it's just a general idea of what it was like. There were only a handful of elephants seen so we should probably keep away from an over abundance of wildlife. Oh, and the truck is bright pink.

There are a lot of words in the title so please remember that these have to be legible when viewed small on Amazon etc.

You're the designers so I will leave it all up to you.
It only has to be perfect. No pressure.

I have attached a couple of pictures of what the truck looks like, except in the book it's bright pink and not white. I'm not saying you have to incorporate it in to the design. It's just reference so you give more of an impression of the trip.

If you have any question please drop me a line at lancecross@hotmail.com